Not long ago before the holiday I asked my friend Chandra Wickramasinghe to take a stab at the first video discussion on the Tusk. We were patient with each other, and each requested a delay before we chatted. But it turned out wonderfully, in my humble opinion, and even included a “synchronistic” aspect. The day after our chat — despite his inconvenient and heretical data — Chandra was duly rewarded for his lifework by Her Majesty the Queen.

From the University of Buckingham:

According to Prof Wickramasinghe, life on earth began with the introduction of bacteria from comets 4,200 million years ago and its subsequent evolution was spurred on with the continuing arrival of new bacteria .This theory was considered controversial at the time but is now in the mainstream of science.

Sri Lankan-born Chandra Wickramasinghe is a former Fellow of Jesus College Cambridge and founder member of the Institute of Astronomy in Cambridge.

He was a professor at Cardiff University from 1973 to 2010, before taking up his post at Buckingham in 2011 running the Buckingham Centre for Astrobiology.

He has published over 350 peer-reviewed papers in scientific journals and more than 30 books.

Prof Wickramasinghe said: “I am delighted to receive this imperial honour from Her Majesty the Queen.

“I was born in what was at the time Ceylon, a British colony, and I feel very much a child of the Empire, so accepting this award has an even greater poignance.

“I value my connection with Buckingham very much.

“I think the theory of cosmic biology that I have worked on for over 40 years will eventually change the way we think about ourselves and the cosmos.

“That process has only just begun.”

University of Buckingham vice-chancellor James Tooley said: “Prof Wickramasinghe’s work has been groundbreaking and his research into comets is now moving into the mainstream of science.

“The university has benefited hugely from his many lectures on the subject over the years.

“This is a much-deserved accolade.

“I commend Prof Wickramasinghe for being awarded an MBE.” 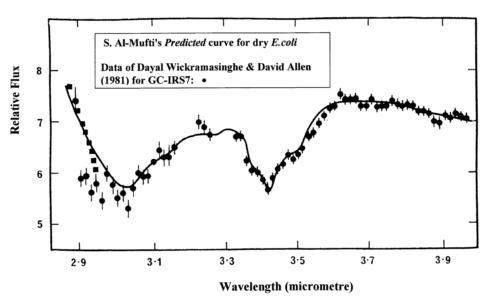 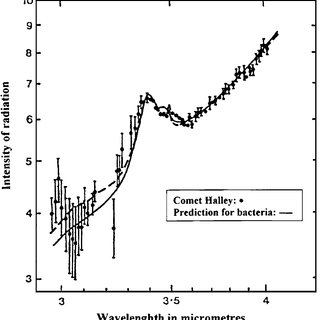 My apologies for the late notice, but I want to make sure Tusk readers know of Randall…
END_OF_DOCUMENT_TOKEN_TO_BE_REPLACED
153
Share
Popular Press

It’s kinda hard for your correspondent to keep a secret, but I’ve managed to keep my…
END_OF_DOCUMENT_TOKEN_TO_BE_REPLACED
167
Share
Popular PressTusk TV

Program note: My apologies to subscribers who received my email last night, but were unable to see…
END_OF_DOCUMENT_TOKEN_TO_BE_REPLACED
117
Share