Han B. Kloosterman — Amsterdam, The Netherlands

Originally Distributed at the Joint Meeting of the American Geophysical Union, Acapulco, Mexico, May, 2007

Uniformitarianism, the gradualist doctrine in geology, finds its origin in the slogan Natura Non Facit Saltus, launched around 1700 by Gottfried Wilhelm Leibniz who was a mathematical genius – and a lousy philosopher. The Lutheran Leibniz believed that the Great God of the Universe had created planet Earth, with its fauna and flora, not just for our benefit but more specifically for our comfort.

Leibniz’ slogan took hold, and developed into the bourgeois doctrine par excellence, a custom-made Biedermeier faith. And as it combines well with materialism and reductionism, most of the intellectual left adopted it without a hitch. It was to have disastrous consequences for philosophy and for the pursuit of knowledge. During more than a century, 1860-1980, academic geologists of diverse political colouring gave the best of their energies to practicing Biedermeier geology.

Particularly omissive during that long century were the philosophers of science, who are supposed to critically analyse the scientists’ procedures, and to distinguish between premisses and empirical data.

Out of three common ways of dying inherent in the biosphere of the Earth – from old age because of the sexual reproduction system, as prey because of the organisation of the biosphere along food-chains, and through episodic worldwide catastrophes – ,  Leibniz managed to eliminate the third way from Western thinking. Linnaeus and Darwin quoted his slogan verbatim, and James Hutton and Charles Lyell were imbued with the spirit of it. The latter two weren’t brilliant innovators of geological thinking, as academic hagiography would have it, but well-conditioned followers of Leibniz.

James Hutton’s 1795 adage on the immensity of time, with “no vestige of a beginning, no prospect of an end”, quoted ad nauseam in the handbooks of geology, was formulated similarly 150 years earlier by Isaac de La Peyrère (‘Praeadamitae’), a Calvinist nobleman who  probably developed his ideas from the Jewish tradition of repeated destructions and new creations – a tradition which can be followed backwards in time to the medieval Rabbis Isaac of Akko and Rashi of Troyes, and to Rabbi Abahu of Caesarea, of Talmudic times. Hutton, of the Scottish Enlightenment, knew his Voltaire, and Voltaire was the first to mention La Peyrère favourably.

I am not accusing Hutton of plagiarism. In a period when educated Europeans knew Latin and French and were well-read, authors were not required to refer to their sources with any rigour. La Peyrère’s and Hutton’s pronunciations on the eternity of the world equally hark back to the Pythagorean Ocellus Lucanus, who used similar wording, `αναρχος και `ατελευτητος – without a beginning or an end.

The centuries-old opposition of Catholic and Protestant fundamentalists against the geological timescale is based upon their literal interpretation of the Hebrew Bible, whereas the Jewish tradition, with a much broader base, has no problem with that time-scale. And neither have the Hindu, Maya or Maori traditions, and so on.

For the connection of a billion-year timescale with uniformitarianism there is no basis in intellectual history. The short “biblical” (read christian) timescale began to be abandoned in Europe during the 18th century, by uniformitarians and catastrophists alike.

And then, statements about the eternity of the world cannot be verified, so they belong to the realm of metaphysics rather than to that of science. They are at variance with the Big Bang hypothesis of cosmic origin, and with the very old but finite age of the Earth, as inferred from radioactive decay extrapolations and measurements. 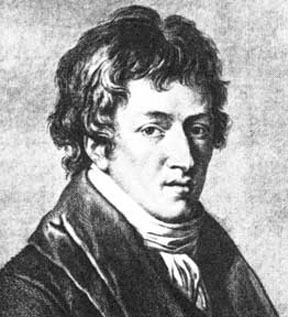 Since the end of Romanticism the doctrine (in geology) of repeated destructions followed by new creations is being attributed to George Cuvier, over and over again. But Cuvier has never said anything of the kind. That doctrine is from his contemporaries Jean Deluc and Alcide d’Orbigny. Geology teachers and handbook writers stress the importance of going back to the primary sources when others do bibliographic research, but clearly deem themselves exempt from that golden rule. They parrot and copy and summarise from secondary sources.

Please note that our view of Earth history begins to resemble that of Deluc and D’Orbigny, with the difference that we don’t think of complete destructions followed by new creations, but of partial destructions followed by rapid evolution and diversification of the surviving species. This process, in the period between extinction event and diversification, is characterised first by paucity of species and of individuals, followed by paucity of species with an abundance of individuals – a population explosion.

Instead of an evolutionary success, we might be a mere post-catastrophe pioneer species. [emphasis CT]

The 2005 Richard Firestone/Allen West breakthrough in impact geology is more far-ranging in its consequences than the 1980 K-T breakthrough, because the damage done to the biosphere in the Late Pleistocene also affected humanity. It brings together the North American school of catastrophism (repeated blows during Earth history) and the British school of Victor Clube and William Napier (repeated blows during human prehistory and history), researchers who situate themselves within the Halley-Whiston tradition that began, like uniformitarianism, around 1700. What was lacking in the Clube-Napier school, based on extrapolation of space-age data,  is now provided by the Firestone-West findings, to wit, geological field- and laboratory data.

Today’s breakthrough will also begin making a rapprochement in a schism that exists since the end of Romanticism, about 1860 – the greatest Kultursturz in the West since Christianity brutally suppressed intellectual and religious freedom in the Roman and  Hellenistic worlds. This schism pitted against each other, sometimes violently, academic geology (and biology, archaeology, history, mythology) and the so-called lunatic fringe, marginalised by the uniformitarian establishment – Atlantologists, pole-shifters, Velikovskians, Theosophists, etc.

If so, we can look forward to the next breakthrough in rather less than another quarter of a century.

The War of the Worldviews

More often than not, the controversy between catastrophism and uniformitarianism is represented as a conflict within the geological sciences. But considering that in catastrophism a dynamic picture is given of Earth history, and thus of the Earth, whereas uniformitarians try to play down as much as they think feasible the more global, rapid and life-threatening processes in favour of local, slow and innocuous ones (however preposterous the hypotheses they have to invent and defend), we must conclude that we are dealing with a conflict between two antagonistic, incompatible worldviews, vastly transcending the field of one particular discipline.

The fight has indeed been raging for thousands of years. Plato was a catastrophist, Aristoteles tried to play down what Plato considered to be historical discontinuities. Two millennia later, Leibniz sounds as Aristoteles redivivus.

After a wave of catastrophist theories during Romanticism, the uniformitarians proclaimed their view to be the only scientific one, and triumphantly declared the battle won. When during the 1970s the Chryse Flood was discovered on Mars, an oceanless planet, geology professors didn’t resign en masse and go back to school, but continued pontificating that such a flood was impossible on Earth. Doubts about uniformitarian dogma arose only in 1980, after the K-T discoveries, which caused however but a minor crack in the wall of Academe. The uniformitarians stood their ground and tried to encapsulate the new findings into their system. They turned up with ‘catastrophist uniformitarianism’ –  a contradictio in terminis, and worse, a metaphysical confidence trick: the appropriation of empirical findings by a magical formula. More cracks and holes appeared, but now, after 2005, they have to try corking up a really big one.

But as before, uniformitarianism will find its staunch defenders – not because they can produce arguments of any validity, but because they are well-conditioned:  Natura Non Facit Saltus.   The war of the worldviews may go on unabated for a long time to come.

This Manifesto is not an attack but a counterblast. We, persons who have understood that we are born on a highly dynamic planet that tumbles and gyrates and spirals through a highly dynamic universe, have been calumniated, cold-shouldered, blacklisted, denied research funding, refused publication space, and chased out of jobs by sectarians who took power at the universities around 1860, sectarians as dogmatic and repressive as their christian predecessors, and who tried – and continue trying – to describe the world as static as they can. And to enforce consensus, they continue using ad-hominem arguments, their “common sense”, the anonymous peer-review censorship system, and the medieval Occam’s razor, long since rusted and blunt.