Read the papers: Covid is probably from Space 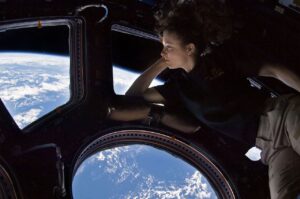 Lemme make this simple for tweeters.

In 2018, on January 23, Russia was first to publish the discovery of space based life obtained by appropriate technical means in a collaborative international orbital scientific effort. Based on genes swiped four times in four years with a tampon from the OUTSIDE of an International Space Station window, three respected Russian laboratories, and twelve well-credentialed scientists, published a peer-reviewed journal article in 2018 demonstrating that seven species of dessicated, hibernated and freeze dried microbial life forms were plastered to the exterior of the spacecraft.

But the Russians were coy. The authors hedged their conclusions in the announcement paper (apparently a result of editorial pressure). They proposed that the biological material collected 400 kilometers above the earth’s surface might have come from above — or below 🤣 — the space station.

But here is what you need to pay attention to: 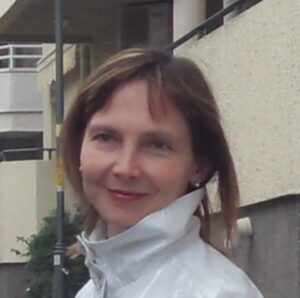 By contrast this 2nd paper was a full-throated endorsement of the truth that space is probably filled with cool microbes.

If it is the case that there is a viable mechanism that can uplift biological dust up to 400 km some fraction of this material will also escape Earth’s gravity. In this case one would have an interesting demonstration of reverse panspermia, the life-laden Earth itself polluting the Solar system outside and the galaxy beyond. A strong argument against, however, is the fact the DNA sequences isolated from the ISS swabs do not refer to any common terrestrial microbiota such as are commonly found on the Earth’s surface or in the troposphere. ~ Wickramsinghe, Grebennikova et al. (2018)

Let’s be practical here and examine the credibility of the authors. The Russian scientists appear to me to be the “real deal,” as we say in the South. These skilled laboratory technicians and qualified PhDs had their hands on actual cosmic materials collected over a period of years from outside the International Space Station.

These are not “pajama scientists” (like the Tusk, for instance).

Then, less than a year after their own announcement, those same scientists, privy to some of the most important ET samples ever recovered, publish with Wickramasinghe and his band of “pseudoscientists”?

Either Grebennikova et al. have discovered something profoundly important (completely ignored by claim jumping posers like Avi Loeb), or they are reckless nuts throwing away their reputations. I’ll take the former.

As far as the Tusk is concerned, the truth has been out there for fifty years now. Hoyle and Wickramasinghe were right. Grebennikova is right. The Tusk is right! Biological materials in ‘freeze dried’ form, and/or well entombed in specks of cosmic dust millions of times larger than the host particle, exist in space.

The original H-W hypothesis and the independent confirmations over four decades demand we reject the received Aristotelian wisdom of 500 BC. Earth is a part — not the start — of life.

(Viruses on the outside of the International Space Station were not reported as tested for — but viruses are not even living. And good god, if you believe in sentient alien beings flying craft in our atmosphere, please give Disease from Space a chance.)

An Open Letter on Panspermia