Update: The #divethenipple team is working through a variety of explanations for the feature. So far, we have not found a “modern” cause.

If you ever suspected something may be wrong with science look no further. In 2012 brave citizen of Miami Cory Boehne noted that just south of the Port of Miami ship channel, less than two miles from downtown Miami Beach in 30′ of water, was the signature of a cosmic collision: A complex impact crater with an extraordinarily well defined central peak.

Cool. At best it is an easily accessible opportunity for complex crater research. So much easier than Greenland….or the Moon.

Or, at worst, it is a chance to demonstrate that geological and human forces other than impact are crafty, and conspire to produce “pseudo-craters” in order to fool pajama scientists like the Tusk.

So what do you think was the response from the scientific “community” to these compelling images? Crickets. Not a word.

Despite what appears to be a sincere attempt by some to bring attention to the amazing find, and another wonderful effort by astronomer Charles P.T. O’Dale, as far as I can tell the community of academic and research scientists in Florida and elsewhere could not get up the gas money to take a boat out there.

See if you can find a single published paper.

Yet again we learn the lesson: The closer the subject hits to home, the more verboten it becomes.

But in this case, given the accessibility of the suspected crater, the Tusk itself may take on the job. My nephew William Howard “tipped” me off about this feature. Will owns a killer fish and dive charter service in Miami, which he works when he and his wife are not on long hours as hospital and EMS nurses.

William is an extraordinary young man for many reasons. But in this context his closeness to the crater is particularly cool. Ft Lauderdale Offshore is doing regular contract work right now for marine sensing company CMOR Mapping. (An extraordinary company that needs more Tusk.)

So I figured at best William has direct access to and experience with the world’s best commercial tools to characterize the potential crater (if we can find the money). Or at worst he can dive the damn thing and take a pic of the “central peak,” and we get to know the crater better with Will’s own marine systems.

Mrs. Tusk and I have already begun planning for an April visit with the kids to Miami. Should be an interesting day on the water. 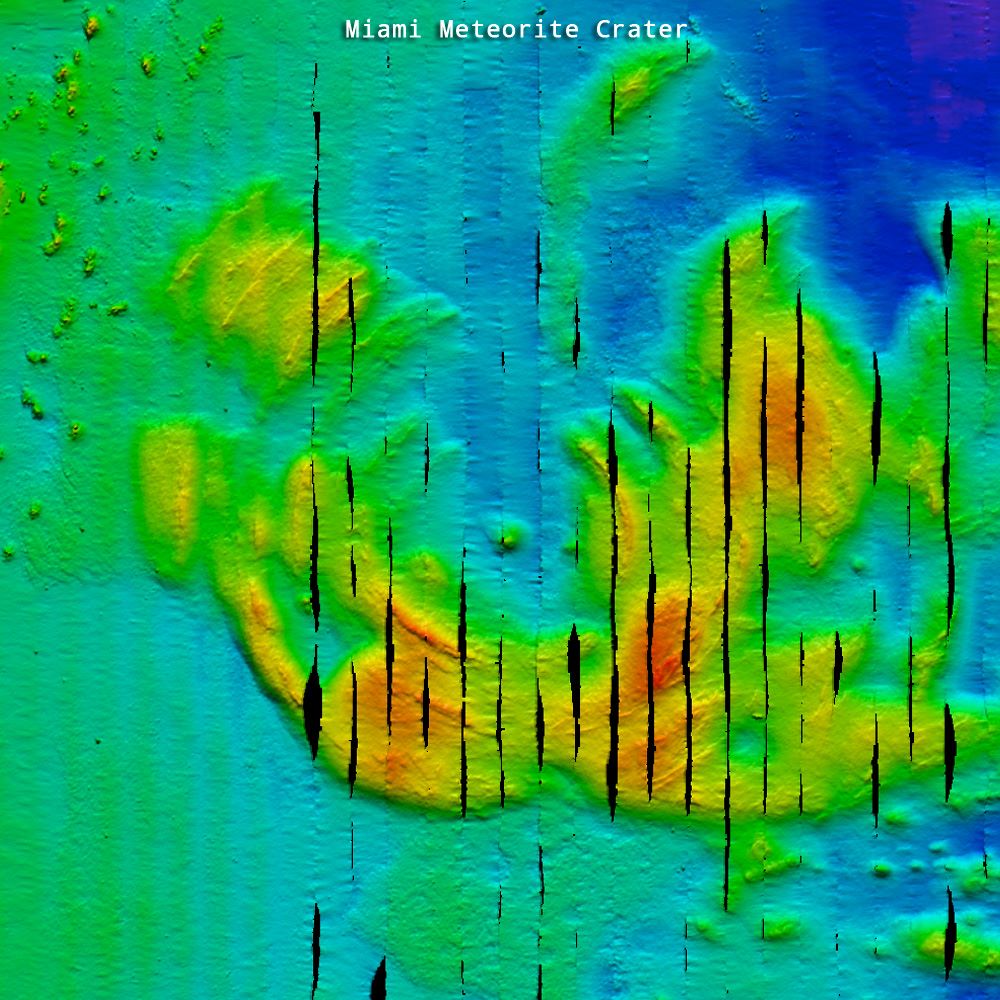