Open Letter: Napier on Defant and the Joe Rogan podcast 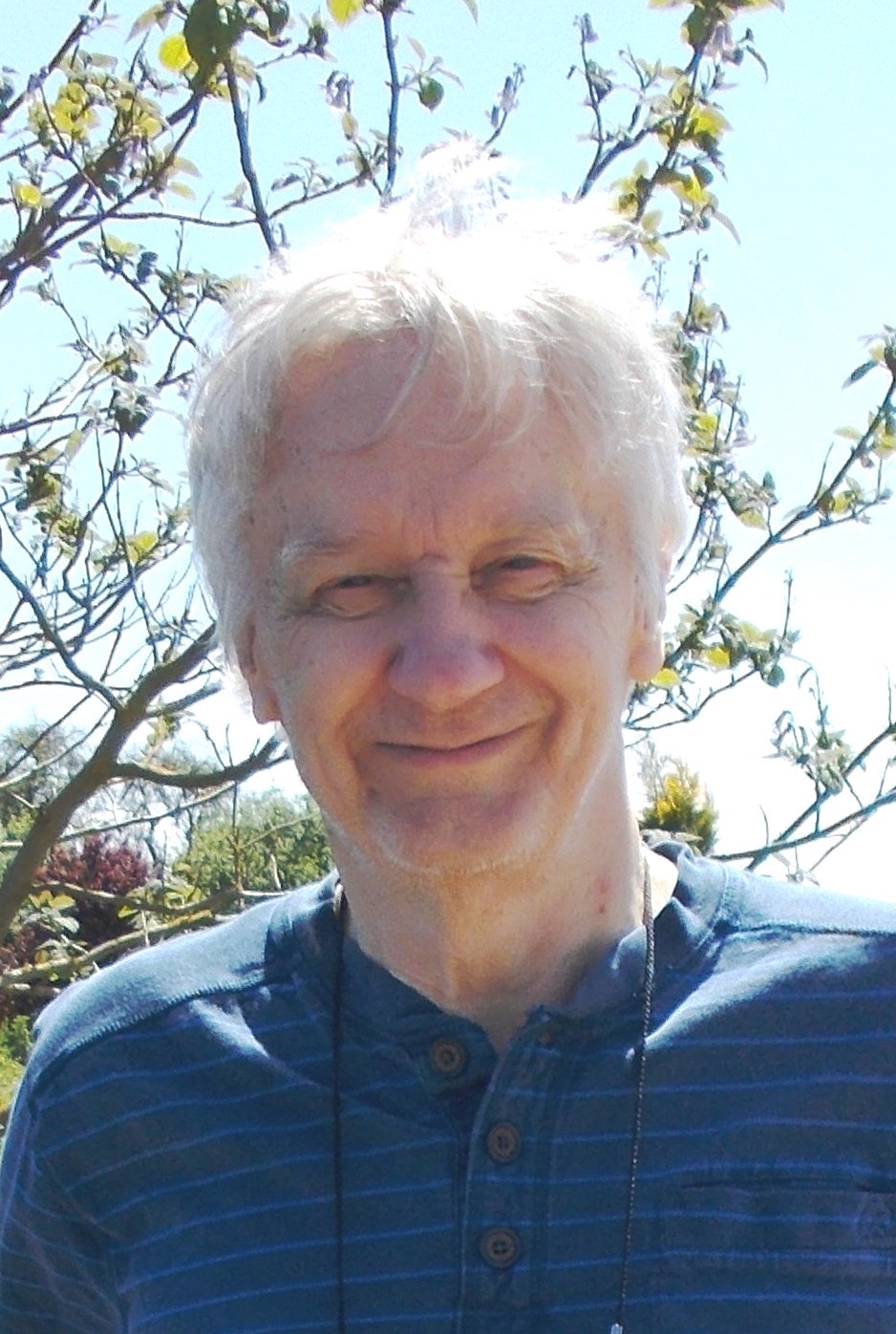 Bill Napier sent the Tusk a note regarding Joe Rogan’s unforgettable debate-style podcast on the Younger Dryas Boundary Hypothesis. Bill’s message is posted below my rant here. His informed correction of Marc Defant’s self-styled skeptical authority on comets is priceless and instructive.

A cultural genre of all-purpose professional “skeptics,” like Defant and Shermer, have emerged since James Randi kicked off their gig forty years ago. Like many fashions, professional skepticism served a role and had its day, but then devolved into a vanity-infested quasi-intellectual troupe of know-it-alls PhD’s — in something — who nonetheless are regularly consulted by the media and listened to concering all things “science.” (Somehow “science” persisted for 400+ years before their preening website and yearly convention).

As a generalist myself, and an expert in nothing, the Tusk has no problem with generalist commentary and skepticism. I consider myself a skeptical generalist and my wife would agree. But experts in a particular subject  — volcanology in Marc’s case — should exhibit and disclose some humility before and perhaps after they harrumph, guffaw and dismiss the long-published data-driven conclusions of expert workers in other subjects — especially when the subject is controversial and concerns a worldwide threat. If they do not declare their relative ignorance, they are “dangerously misinformed” — precisely what they purport to eradicate.

Defant showed zero humility and spoke of comets with the familiarity of a volcanologist. He should be ashamed to dismiss the work of Bill Napier, Fred Whipple, Clube, Asher, Palmer, Steel, etc. etc etc, without explaining or perhaps even knowing of their work first.

Dafant makes a complete hash of comet science. He tells us that the comet impact hypothesis is incorrect because comets break up only under the relatively short-term influence of a planet (his example is “Shoemaker-Levy 9,” a profound recent event for which he cannot recall the name) or the relatively momentary drag of a planetary atmosphere. He may or may not know it, but Dafant’s received wisdom (in keeping with his fellow Skeptic Mark Boslough) is eclipsed by the work Napier.

The published truth is horrifying. Some comets begin to disintegrate when they are thrown into the inner planetary system, generating streams of debris for millennia. The Taurids being a major complex of such material. They are increasingly less noticeable when they degrade, but still dangerous in proportion to the “spread” of the debris, the size range of the objects, and the approach of our planet within the stream.

As Napier and his colleagues have maintained for decades, and all but proven, a monstrously large comet entered our solar system roughly 20,000 years ago, began disintegrating, and left a stream of debris we encounter annually ever since. 8000 years later, or ~12,875 years ago, we orbited through a particularly rough patch of the Taurid stream that caused world-wide doom, with pieces and parts of all sizes — but still a fraction of the original beast — crashing into mother earth and causing extinctions. Other impacts of various sizes have occurred before and after that event depending on our trajectory as we pass through the lumpy haze of the relict comet around late June and Halloween June each year. The comet did not disintegrate in the atmosphere or because of our planet’s gravity.

Under a cloudless night sky outside Flagstaff, Arizona, I once asked Mark Boslough, a fellow-traveler of Shermer and Defant, what he thought of Whipple’s clear evidence and Napier’s concern regarding progressively disintegrating bodies in short-period orbits. Boslough said he did not know what the hell I was talking about. Neither does Defant.

I’m not into lost civilizations or sacred geometry, but I am into cometary science and have a few comments on this aspect of the recent Joe Rogan podcast. In a weird inversion, Graham Hancock and Randall Carson were much closer to orthodox science than Marc Defant and Michael Shermer.

Marc Defant told us that “the comet guys are getting hit pretty hard,” but alas, he backed this up with a blatantly wrong description of comet evolution. Comet splitting occurs spontaneously, doesn’t require tidal disruption a la Shoemaker-Levy 9, and has nothing to do with breakup in the terrestrial atmosphere. It can occur anywhere along the orbit and is the dominant mode of comet disintegration. The mass fraction lost in a splitting event is of order s/R, R the radius of the comet in units of 10 km with s generally in the range 0.7 to 1%, depending on the model. The splitting frequency depends on the perihelion distance, and for a comet in an Encke-like orbit it amounts to one such event every 3 or 4 revolutions (orbital period 3.3 years). In the case of a 100 km comet in such an orbit, 15% active surface, fragments amounting to a mass several times 10**17 gm will detach during each splitting event. Hundreds of such events are expected over the lifetime of the comet. The material spreads out along the orbital track, but an encounter with say 10**13 gm of fragments is possible and is energetically equivalent to running through 1000 Tunguska-sized fragments. Long dormant periods are also possible for comet fragments. These can last for up to 40% of the active lifetime of the fragment, during which it looks like an asteroid.

I was glad to see Randall Carson mention Fred Whipple as a pioneer of Taurid/Encke studies, preceding the “British school”. All the cometary astronomers of that generation (Whipple, Sekanina, Kresak, Stohl) realised that the Taurid complex was debris from an exceptional comet, and recent large-scale surveys of the meteor sky (both radar and visual) have confirmed and quantified the work of these early pioneers. These surveys yield direct observational evidence for the hierarchical disintegration of an erstwhile exceptionally large comet in a short-period, low-inclination, Earth-crossing orbit. The celestial mechanics calculations of Steel and Asher provide the timescale: the comet was around and disintegrating at least 20,000 years ago, maybe much longer.

I should mention that, although the “British School” have a substantial literature and about two centuries of combined experience in comets, the above is distilled from a very much wider group of contemporary astronomers in the Americas, Russia, Europe and elsewhere.

Marc and Michael seem to have been misled by unrefereed nonsense from a few people with no expertise or track record in cometary dynamics, and ignorant of its extensive, long-running literature. A little skepticism might have been called for!

A final comment: I agree with Malcolm LeCompte that the issue may not be as simple as a single big impact. But platinum and iridium are created in, and ejected from, supernovae and were present in the protoplanetary disc within which comets formed; these elements are diagnostic of an extraterrestrial input but not particularly of asteroids.

We don’t need a rubble pile asteroid (in any case we’d see the debris and we don’t). A meteor hurricane, with imbedded Tunguskas, may be enough.
Whether we’re dealing with one or two very large impacts, or a bombardment of smaller ones, or nothing at all, is a matter for the Earth scientists. But if the evidence on the ground calls for an ET event 12,900 years ago, the comet guys — the real ones — can supply it.

It’s summer and posting YouTube videos is certainly in order. Here’s a good one I had…
END_OF_DOCUMENT_TOKEN_TO_BE_REPLACED
82
Share