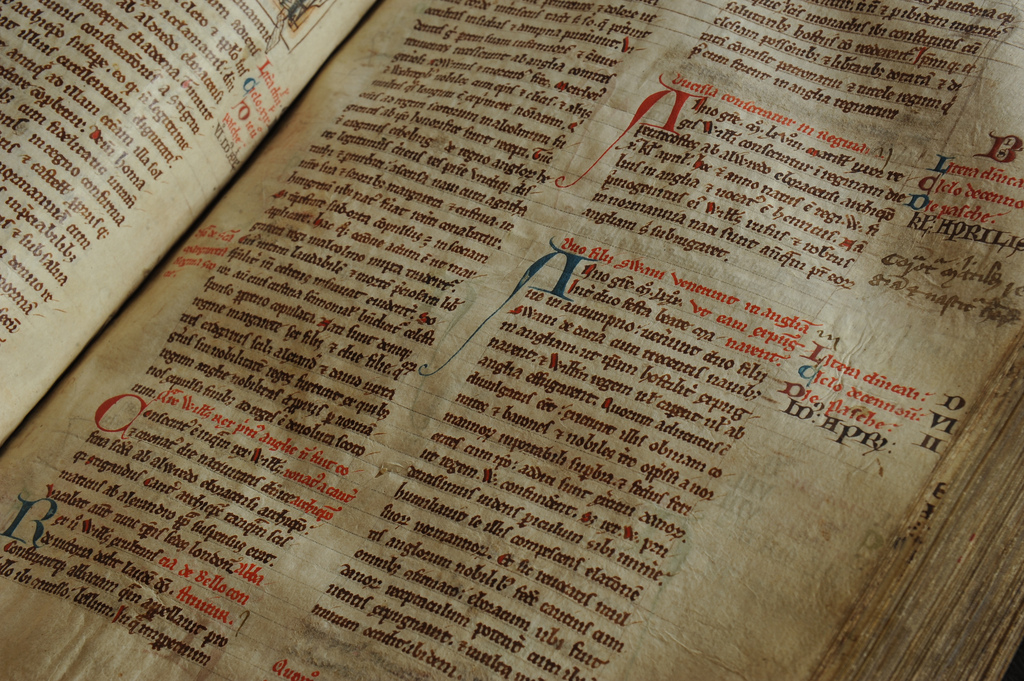 Some experts highlighted an entry in the Anglo-Saxon Chronicle which refers to a “red crucifix” seen in the night sky, but this occurred in 776 – a year too late – and does not explain why no remnants of the event have since been detected by astronomers.

From Roger of Wendover regarding 794 AD:

“In the year of our Lord 794, Humbert, archbishop of Lich field, died, and was succeeded by Higbert. The same year dreadful prodigies terrified the miserable English nation ; for fearful thunderbolts and horrible fiery dragons were seen passing through the air, foreboding a mighty famine and dreadful slaughter of the people. For the Danes with the Norwegians committed sad havoc among the people of Northumberland and of Lindesfarne, destroying the churches of Christ with their inmates. The island of Lindisfarne, which has an extent of eight miles or more, contains a noble monastery, in which was buried the illustrious father, bishop Cuthbert, with other prelates, his most holy successors. Now the Lindis is a rivulet, flowing into the sea, and is about two feet in width at low tides, but at high tides it cannot be seen.”

From the Anglo-Saxon Chronicles with regard to ~793 AD:

“In this year dire portents appeared over Northumbria and sorely frightened the people. They consisted of immense whirlwinds and flashes of lightning, and fiery dragons were seen flying in the air. A great famine immediately followed those signs , and a little after that in the same year, 8 June, the reavers of the heathen men miserably destroyed God’s church in Lindisfarne, with plunder and slaughter. And Sicga died on 22 February.”

Galactic Gamma Ray Burst as Cause for 774, 775 AD Radiocarbon Spike

Check out this excellent compilation I found on a fellow Tar Heel’s site: Fireball History

“falling stars” recorded by John of Reading in 1366.
(Illustration by Glenn A. Hipkins)
1385- (July 15) A fire in the shape of a head appeared over London and Dover. (John Malvern)
1387- (November and December) Mentioned in “Knighton’s Continuator” “a certain appearance in the likeness of a fire was seen in many parts of the kingdom of England.”It is said that this fire sometimes took the shape of a burning wheel and at other times a round barrel or a long beam.
1388- (April) A flying dragon was seen in many places in England. (Knighton’s Continuator)
1492- (November 07) A large fireball was seen over the small city of Ensisheim in France. The meteor struck between 11:00 A.M. and noon and was seen by a number of people. It landed in a wheat field, and only one witness, a small child was able to lead the town authorities to the spot. To their amazement the people of Ensisheim discovered a large crater five feet deep in which there was a stone that was later estimated to weigh between 200 and 260 lbs. It was removed from the hole and subsequently broken up by souvenir hunters. One of the largest pieces was given to the local church by the Hapsburg king and future Holy Roman Emperor Maximilian II. Today, the stone resides in the Regency Palace at Ensisheim.
Share
gamma rays Red Crucifix roger of wendover
0
21
Share

It’s summer and posting YouTube videos is certainly in order. Here’s a good one I had…
END_OF_DOCUMENT_TOKEN_TO_BE_REPLACED
82
Share