Link to The Mail article

A cosmic impact 12,900 years ago could have led to the demise of the ‘Clovis’ people of North America, researchers claim.

A layer of platinum from an ice core taken in Greenland has been dated back to the time of a known abrupt climate transition, known as the ‘Big Freeze’.

The freeze has been previously been linked to the demise of the Clovis people, the prehistoric hunter gatherers who were the first to occupy North America.

According to researchers at Harvard University, this provides evidence that a comet tipped the world into its colder phase, making dozens of species extinct. 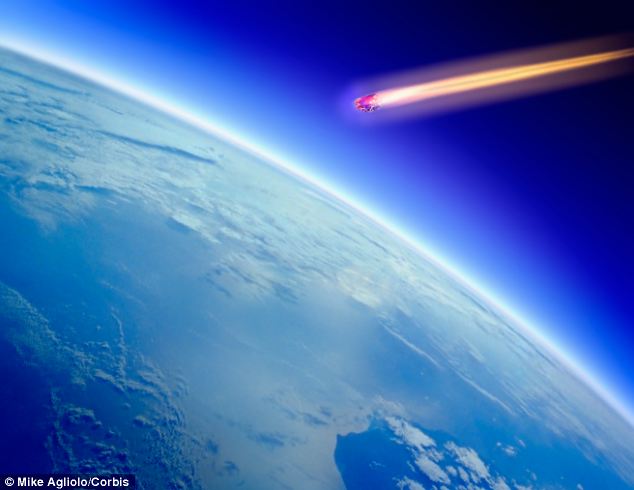 A layer of platinum from an ice core taken from Greenland has been dated back to the time of a known abrupt climate transition. According to researchers, this provides evidence that a comet led to the demise of the Clovis people, the prehistoric hunter gatherers who were the first to occupy the North America

Researcher Michail Petaev and Harvard colleagues, writing in the journal Proceedings of the National Academy of Sciences, found a 100-fold increase in platinum concentration in ice that is around 12,890 years old.

This is the same period for which oxygen isotope measurements show rapid cooling of the climate- a period known as the ‘Younger Dryas’.

The Younger Dryas, or the ‘Big Freeze’, saw a rapid return to glacial conditions in the higher latitudes of the Northern Hemisphere between 12,900–11,500 years. 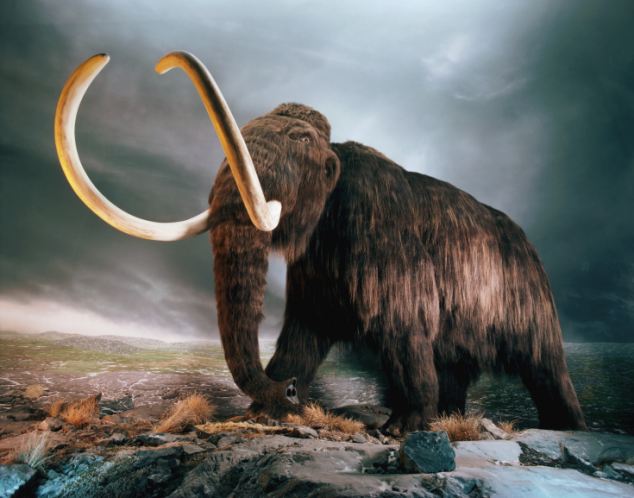 The Big Freeze is associated with the extinction of large mammals, such as the mammoth, and the demise of the North American Clovis people 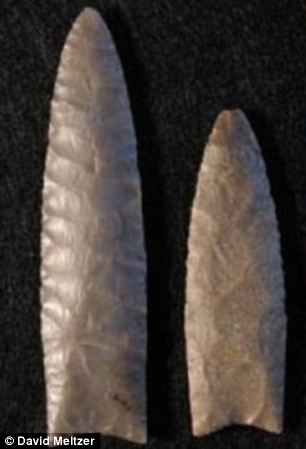 Researchers claim that debris thrown into the atmosphere in an impact may have tipped the Earth into global cooling, wiping out native cultures such as the Clovis people.

As evidence for the rapid Clovis depopulation, comet theorists had previously pointed out that very few Clovis archaeological sites show evidence of human occupation after they died out.

At the few sites that do, Clovis and post-Clovis artifacts are separated by archaeologically sterile layers of sediments, indicating a time gap between the civilisations.

They believe that the sediment is a ‘dead zone’ in the human archaeological record in North America, beginning with the comet impact and lasting about 500 years.

But others argue that a lack of later human occupation at Clovis sites is no reason to assume a population collapse.

‘That’s because many Paleoindian sites are hunting kill sites, and it would be highly unlikely for kills to be made repeatedly in the exact same spot,’ he said.

‘So there is nothing surprising about a Clovis occupation with no other Paleoindian zone above it, and it is no reason to infer a disaster.’