The failure to properly report evidence for the Younger Dryas Impact will one day be understood as the worst intellectual crime in the history of science journalism.

I recently came across an illustrative example in the work of Alexandra Witze. In March Alex published a hagiography of Wally Broecker and his lifetime of work on our favorite ancient climate crash.

Nothing Ms. Witze wrote here was untrue. Her professional sin is one of willful omission, not commission.

Reading the article one would think she is familiar with the work of Broecker, and perhaps she is. But the more familiar she is with Wally’s work, the worse it gets for her integrity, for she left out a critical part of his story which is inextricable from the Younger Dryas.

Good luck finding in her review the part where Wally Broecker, not long before he died, stated that he supported a cosmic impact as the cause of the Younger Dryas. (In fact, good luck finding this fact anywhere on the internet, other than on the Tusk.)

I realize that this subject is distasteful to many because of the early false claims. But the new evidence suggests that there was some kind of extraterrestrial impact. Hence it should be given further study.

I remember pleading with Science’s Richard Kerr to do a piece on this discovery. He thought about it and decided that, as he had written a very negative piece about the original idea, he didn’t want to revisit the subject.

Although I don’t for a minute believe that this impact did in the mammoths and the Clovis people, I do think that it triggered the YD.
~WS Broecker

You’d think that closing statement might make it into her story.

My mom used to call people like Alexandra Witze a “phony.” And who would not? She exemplifies the clique driven politicization of her profession. Today’s science journalists share only that information supporting the most popular narrative among their colleagues.

In the case of the Younger Dryas the only acceptable narrative is that the cold period demonstrates that climate can change abruptly (which it can). But — and this is important to them — only because global climate must be an inherently unstable closed-earth-system in order to properly support the agenda.

As Wally is famous for saying, mankind is “poking the climate beast.”  The thinking being that our lifestyle may induce a similar horror by melting the ice caps and turning off the Gulf Stream. We must repent, and change our ways. Which we are doing.

But to Alexandra Witze, the true cause of the Younger Dryas must remain a “mystery” in service of a fearful narrative.

Humans surely do affect the climate, and that may prove dangerous. But don’t tell the Tusk that unfortunate circumstance justifies ignoring an accurate and open-minded investigation of earth and human history.

As you can see from the tweets below, Alex is perfectly willing to do just that.

I’m not aware of any books on that topic – I believe most of the discussion has been in journal articles. I’m also not aware of widespread community acceptance of the proposal so I don’t have much to offer, sorry.

BTW, here is a book on the topic

Younger Dryas, impact or not? Fight intensifies at #AGU09 http://bit.ly/7NbRsx 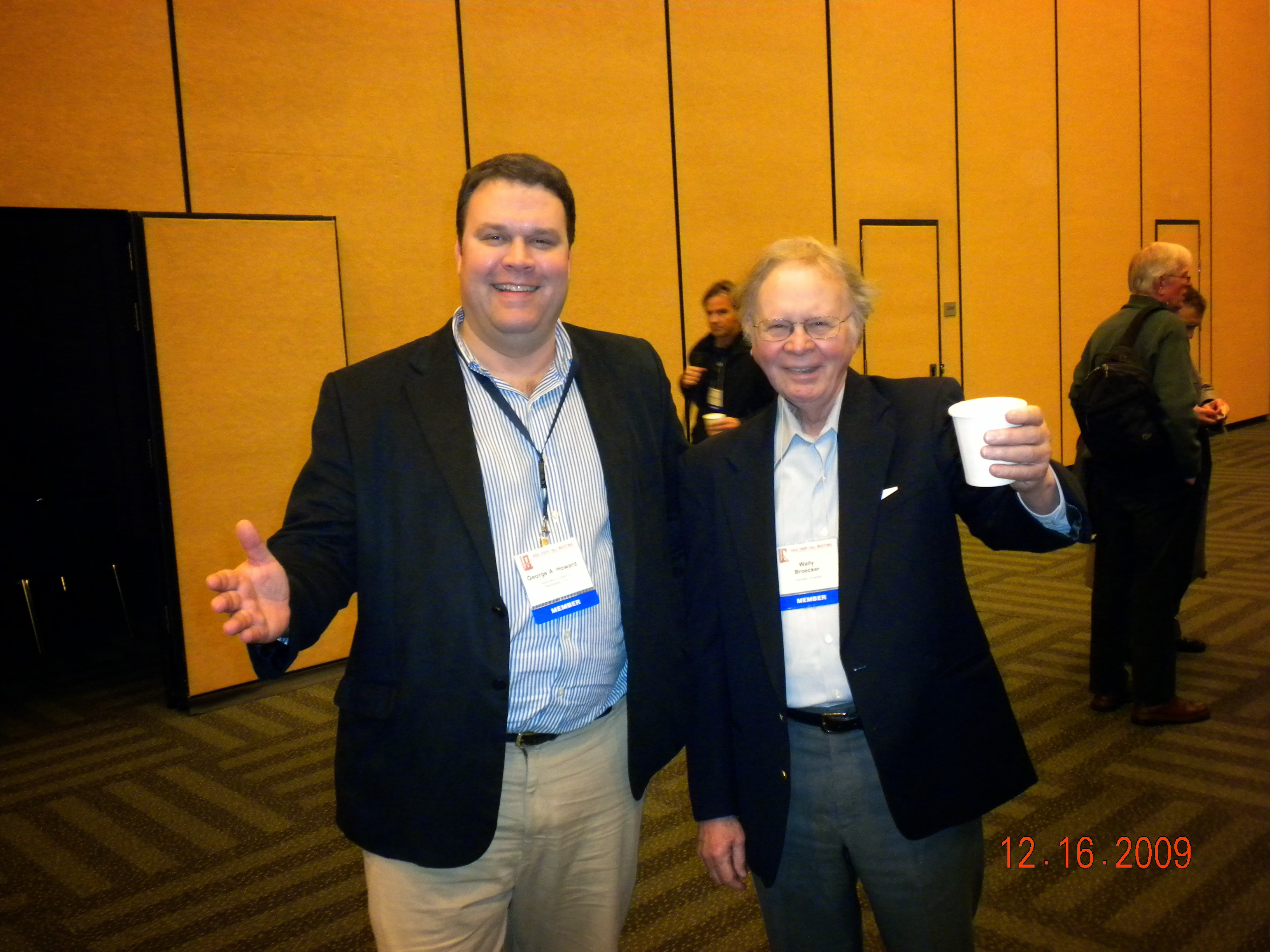 The Tusk at his heaviest with Wally Broecker in 2009