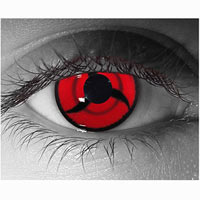 NASA put out another one of those creepy home made news articles today regarding the WISE mission finding dark objects.  This one is even more condescending than usual, with the inane lede, “Imagine you are a Brontosaurus….”

Well, I am not a “Brontosaurus.”  But I am keenly interested in what the hell WISE is finding up there and it is mighty hard to tell given the drip-drop of info and intellectual chaff we are getting from America’s space bureaucracy.

The WISE mission is apparently finding a lot of things that could hit earth that NASA rarely if ever acknowledged before recent times —  namely, dark asteroids and dark comets.  I have made clear I think NASA is not being appropriately forthcoming about these objects prior to — or during — the WISE mission, but I am not a conspiracy theorist.  I am, however, a long-time critic of bureaucracies, and it doesn’t take a conspiracy — or even ill intentions — for a bureacracy to misinform. I think that is the case here.

For years the party line of NASA regarding asteroid and comet threat has gone something like this:  1)  We do not know how many Near Earth Objects are out there or where they are; but, 2) We do know with appropriate confidence the frequency with which which they impact the earth; and 3) We need more money to find out more about the threat regardless of what it is.

I would heartily agree with the first.  The second has clearly been proven wrong by the identification by WISE of hundreds (dozens?)of dark objects not previously accounted for by impact frequency estimates.  And the third?  Given their track record, I would much rather pay companies to find them under a competitive bounty system than trust the Brontosaur that is NASA to do the job.

For instance, the very press release\phony news article\whatever it is from today, misstated the numbers of objects being found by an order of magnitude — and it was an “in-house” publication!  The first version this morning said “hundreds” of dark asteroids are being found each day, and this afternoon the copy was corrected to say “dozens.”

How about NASA simply telling us how many objects the mission has located?  For instance, in February, we were told the mission had found nine dark comets.  How many have they found now?  Mighty hard to tell.